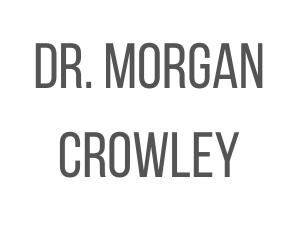 “Key to Yourself” by Venice Bloodworth was suggested to me by a coach of mine a year ago (2021). Since then, I have been studying the words somewhat religiously. I won’t go so far as to say that I have done it everyday. There have been times when I read it every morning but I came to a point where I kept reading the same words over and over again but I felt stuck.

I had been told that this book can change lives and I wanted my inner world to change for the better. I wanted the narrative that was running all day long to be one of positivity, hope and reward, instead of fear, doubt and criticism. Boy did I have a long journey ahead of me.

I’m going to start a series on “Key” as my friend and I affectionately refer to it. I will be going over some of the highlights and passages that have stuck out to me.

Some things to keep in mind: Venice uses passages from the Christian Bible to back up her claims, so this for people who are interested in combining personal development with spiritual scripture.

There are concepts in here that will require radical self responsibility so if you like to play the blame game and are a victim of life, then this is not for you.

The way she talks is in a style of years gone by. The language is more advanced than what we typically see in books today, so bear with me as I try to break it down for you.

How I “unstuck” myself.

I had to come to serious self realizations during my pause from reading “Key” one was a sense of self-worth, self-love and self-confidence. I realized that while I may portray all of those qualities, I did not believe them on the inside. This is was critical in overcoming (and it’s still a work in progress).

Talking to myself in the car and realizing that if I was stranded on an island , I would be enough. That my efforts are worthy, I do not need other people’s approval for validation and that I must believe in myself 100%. No one is going to care about me more than me on the earthly side. Like all the sages say, “it’s an inside job”. This sounds easy to read but I encourage you to start a 30 day cleanse of negative self talk and you don’t need to hype yourself up. This isn’t about being fake and trying to trick yourself into self-love this is coming from the deep down, hard work, that you need to forgive yourself for past mistakes, you need to forgive others and you need to realize that you are more than enough just the way you are.

You might be asking, “if I’m enough then why do I need personal development?” Ah oh wise one, because we are always striving to reach our full potential. We can recognize that we are enough but as Nona Djavid says “be blissfully dissatisfied”, love where you are and then keep reaching towards your highest self. It’s necessary to love where you are today and to recognize the blessings that you have. Once you have truly embodied this concept you are ready to start moving onto the next rung of the proverbial ladder.

After my work on self-love was coming to grips with the idea of dreaming without wanting. It might sound hard to separate the two but I think this is an important step in understanding the work of Venice Bloodworth. You must become okay with the concept that you can dream and build in your mind without attaching the emotion of want.

For instance, let’s say it would be nice to have an Aston Martin in my driveway. I can build this car in my head with the seats the color I like, the inside decked out the way I prefer and I can imagine myself driving in this beautiful car. Notice I did not say want. That’s right! I would like or I would prefer, not I want.

So let’s avoid those emotions and focus on high vibration emotions like bliss, peace, love, you know, the natural order of Universe? If you don’t believe that the natural order of the Universe is based in love then you can stop reading because as I said above, these teachings go along with the Christian Bible and are based on the fact that love is the all powerful force driving the Laws of the Universe.

Build in your mind from a place of peace, love and joy (as corny as that sounds) and let go of wanting (by not using I want language as you build) and let go of the outcome ( you don’t care whether you get it or not).

So, where do we go from here? We start diving into “Key to Yourself”!